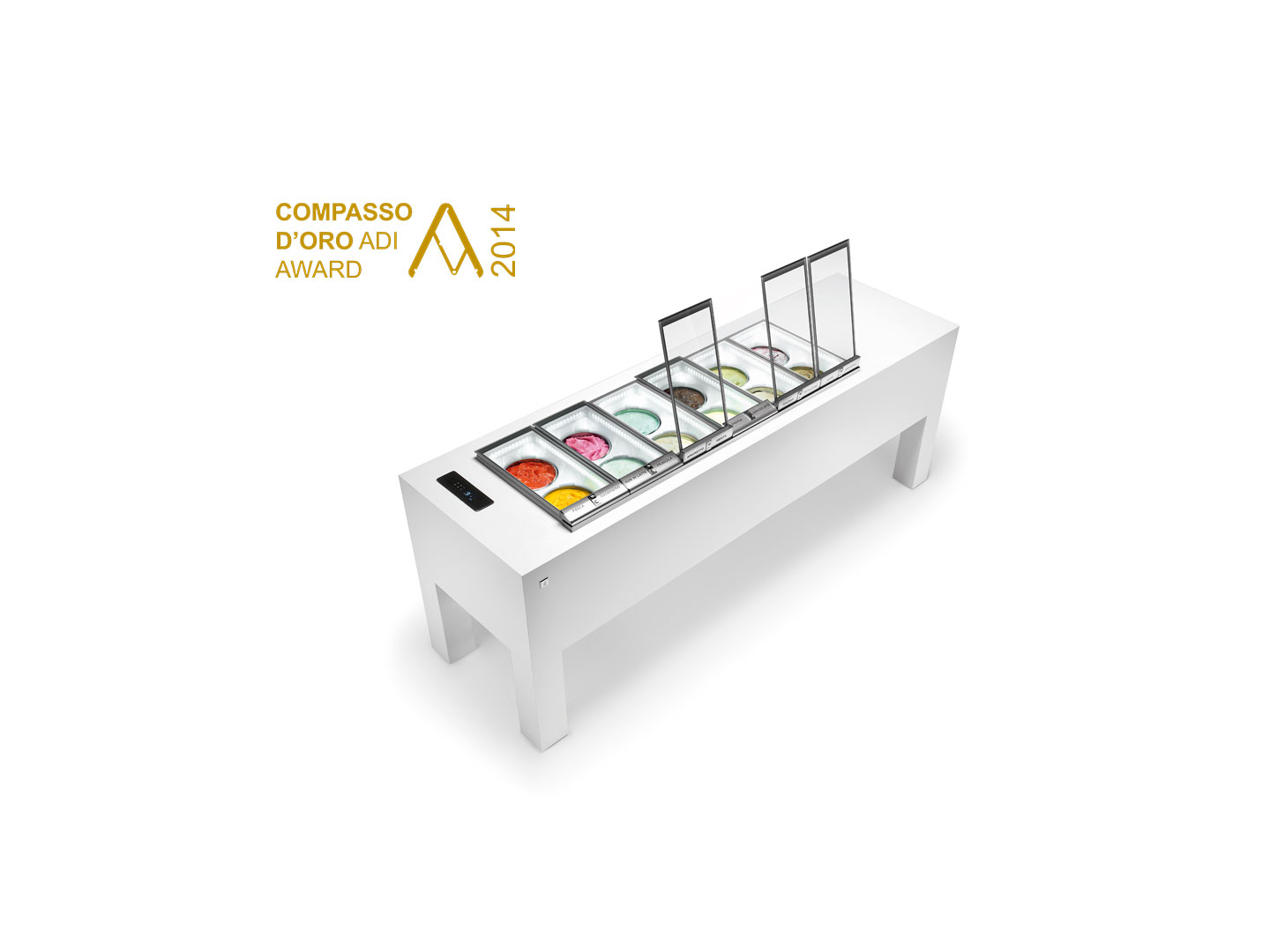 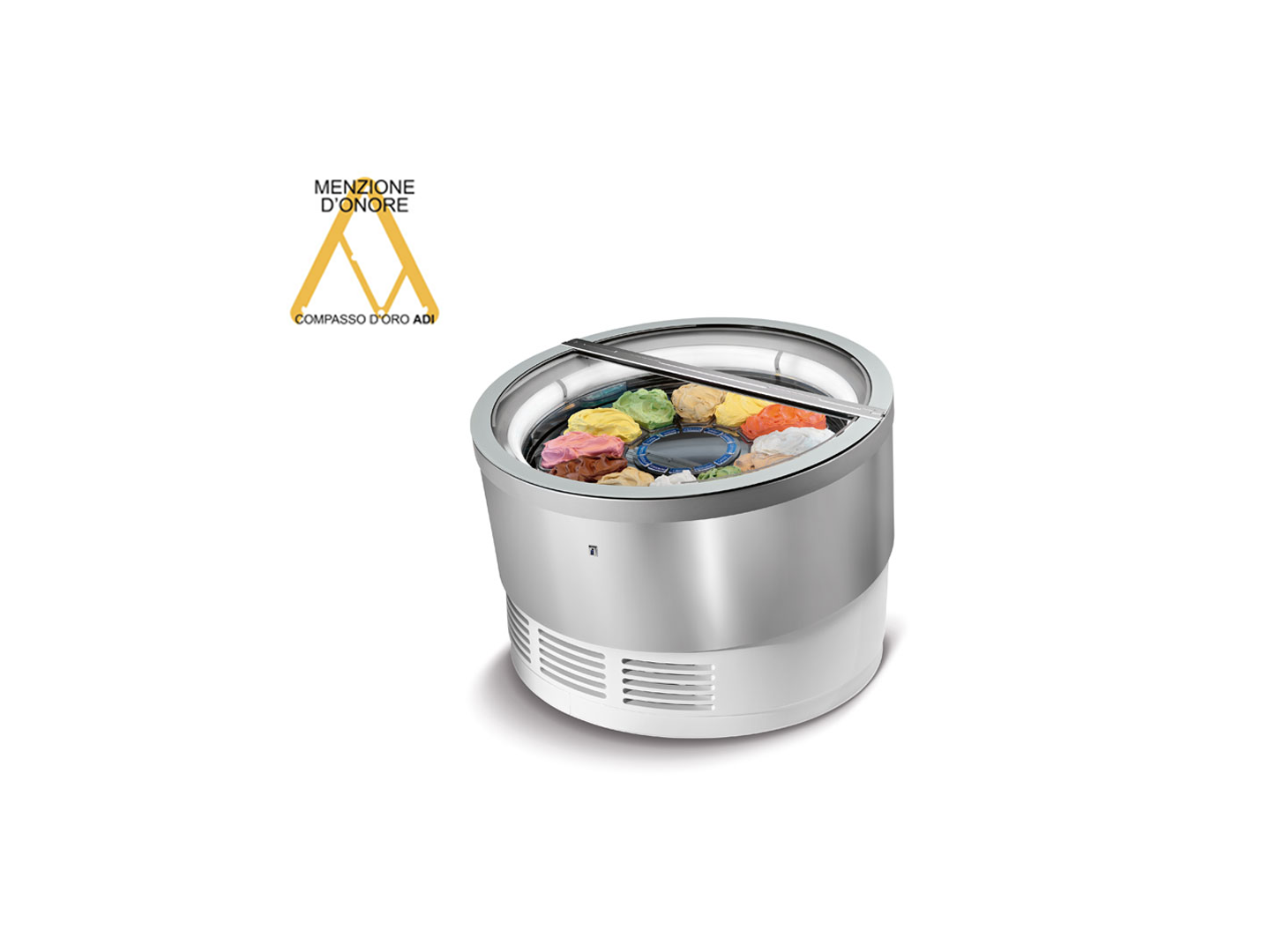 Industrial designer since 1992, designs for many brands including Abet Laminati, Alessi, Danese, Elica, Foscarini, Magis, Meritalia, Moleskine. The distinctive characteristics of his work is the research and definition of new object typologies, like the Moscardino, the biodegradable spoon/fork designed with Matteo Ragni and for which, in 2001, he has been awarded with Compasso d’Oro. In 2009 he was awarded the prize for innovation – Premio dei Premi – by the President of the Italian Republic for the Coop Eureka project, which brought the design in the large-scale retail trade. In May 2009 the Triennale di Milano held a solo exhibition entitled “Giulio Iacchetti. Disobedient objects ". In November 2012 he launches Internoitaliano, the "factory network" made up of many craftsmen labs with whom he signs and produces furniture and accessories inspired by the italian way of living.

He had also pursued his personal research project into new design topics such as the symbol of cross from which came the exhibition titled Cruciale held by the Diocesan Museum, Basilica di Santo Stefano Rotondo in Rome and by Castello di Lombardia in Enna, Sicily. In January 2015 he curated the exhibition K-ration, the meals for soldier in action, at Milano Triennale where he reflects on the essential and anonymous design of military.

In 2014, he won his second Compasso d’Oro for the design of the manhole covers Sfera, designed with Matteo Ragni for Montini.

Painter, designer, illustrator and art director.
His training is in Urbino by the Scuola del Libro, followed by the Experimental Magisterium “Direction Techniques and Animated Cinema” and by the screenwriting course with Tonino Guerra - San Marino.

Multifaceted, always in love with painting that often find space in his creations, now as inspiration, now as an expressive medium, now as an intransigent virus to his other disciplines, he teached directing techniques at the ISAU of Urbino in the last 80s.

Founding member of the “Together Libanitaly” ONLUS

Since 2013 he has been a collaborator for the PluraleCom, carrying out consultancy and accounting activities.

In 2017 he became partner and creative director.

2012​ receives the Ethical Award for the Ifi Start Up project.
2013​ he is appointed ​Academician​ ​by the Accademia Raffaello of Urbino​.

2014​ he wins the ​Beldea Prize​ with “​Tekno Table​”, organized by the Tecnoteca of the Order of architects of Rome

2016​ he participates in the ​“Topolino Loves Italy”​ exhibition at the Milan Triennale for Clementoni​.
2017​ he carried out the study of the face of Antonio Vivaldi, the communication and the route plans of the exhibitions of the ​“VivaVivaldiVenezia”​ event.

He participates in the ​Mostra collettiva Salò​, permanent collection of the Museum of Drawing - MuSa.

2020​ coordinates and illustrate the “​Campomaggiore Città dell’Utopia​” project in Basilicata and illustrates for the new attraction.